The FIDO Alliance was created in 2013 to define standardised mechanisms for individuals to authenticate with biometrics systems (fingerprint and iris scanners and voice and facial recognition) for internet applications. It has been very successful and has attracted the support of many leading industry players: from cloud services providers and system-on-chip vendors to device manufacturers, payment companies and applications developers.

As the internet evolves towards the support of multiple connected devices in what is known as the internet-of-things (IoT), it brings with it new challenges. Devices need to authenticate with applications without the support of human operators. They need to establish their credentials toward applications in local networks and in cloud environments. They need to be routed toward their management systems and the applications that will use the data that they generate.

Throughout 2018 and 2019 key industry players recognised the need to standardise the protocols that IoT devices would use to onboard upon power-up with their management applications. At the same time, the FIDO Alliance includes representatives from the required participants to successfully define these protocols. In the value chain from IoT devices to cloud applications, all the key actors are represented within the FIDO Alliance.

In May 2019 the FIDO Alliance created the IoT Technical Working Group. Its mission is to evaluate the use cases for onboarding, authentication and binding of IoT devices to cloud applications. It includes representatives from companies such as Amazon Web Services, Google, Alibaba, Microsoft, Intel, Arm, Qualcomm, Visa, Mastercard and several others. When the use cases are finalised, this group will define the protocols that bind devices to the applications.

Imagination Technologies develops products that process the data and the metadata that is generated by IoT, and AIoT devices and systems. To trust the outcome of that processing, it is fundamental to have data that is trustworthy and can be accurately tied to the IoT devices whose behaviour is to be modelled. Without the assurance that the data really comes from the IoT devices targeted, it is impossible to have confidence in the behaviour models generated by the graphics processors and the neural networks accelerators.

By working within the framework of the FIDO Alliance, Imagination Technologies believes that it can contribute to the development of the IoT marketplace. The FIDO Alliance can bring significant progress toward the dynamic rollout and management of large ecosystems of devices. It can build architectures and systems for the IoT marketplace that will enable equivalent levels of easy rollout of devices than in the consumer internet. 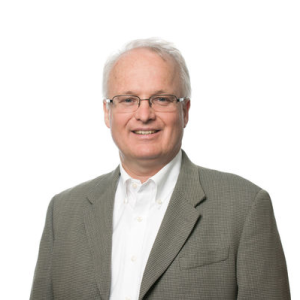 Marc Canel has been 30+ years in the high-tech industry. He recently joined Imagination to drive the security strategy and build new opportunities for the company. Prior to that role, he worked at Arm for a few years on security technologies. Before Arm, he was at Qualcomm where he managed software and security projects while growing the ecosystem of partners and customers. His first job was with IBM in data networking.

After 180 years of innovation… time to fix the home gateway

Smart home gateways reinvented for the IoT generation Monday, 12th June 1837 is a significant date in the telecommunications industry. On that day William Fothergill

Micro-virtualize or die! Why SoC vendors need to listen to our webinar

On Wednesday 23rd March we will hold a webinar entitled ‘Micro-virtualize or die! Securing connected MCUs with OmniShield’. There are some that might baulk at