Why Ethernet should be the connectivity backbone of every car

It’s no exaggeration to say that connectivity is the lifeblood that enables all our everyday tech to function, and that extends to connectivity inside our cars. In this blog post though, we’re not talking about wireless comms for drivers and passengers and their devices. Rather we’re talking about the bus that carries that data internally around the car, enabling all its many components to talk to each other, from the car’s windows to the ESP and ABS systems, to any electronic system that requires input from the driver.

Modern data transfers for automakers began with the development of controller area network bus (CAN bus) in 1983. Since these humble beginnings, the number of cabling and connectivity options have rapidly increased to keep pace with the ever-increasing need to move more data around the vehicle: indeed – CAN XL was introduced in 2019. With so many options available on the market it can be hard to know which one really comes out on top in terms of speed usability and features.

Dozens of options: one winner

Below you can see the array of different connectivity standards from 1983 to now, and how they measure up in terms of data transfer speed. While this is not the only metric by which to measure a network, it is certainly a leading concern.

The CAN bus then, whilst the progenitor of in-car connectivity falters in terms of data speed compared to the varying Institute of Electrical and Electronics Engineers (IEEE) Ethernet standards, especially on the higher end. These numbers alone seemingly paint a clear picture of what any sensible engineer would choose to connect the myriad systems in a vehicle.

As we said above, it’s not all about peak transfer speed though: one of the most versatile options for use in vehicles sits right in the middle of the pack. Not only does Ethernet IEEE 802.3bw offer multi-gigabit speeds it has one feature that makes it great for the complex internal environment of the car; namely, it can be branched off to numerous sub-systems, enabling them all to send and receive data over a single pair of cables. When deployed alongside its higher speed point-to-point IEEE standard siblings for trunk communications, Ethernet quickly becomes the go-to solution for the flexible nature of vehicle electronic design.

Ethernet is a name that everyone, whether engineer or end-user, has heard of. Its ubiquity as a connectivity standard means that it is supported by nearly every operating system and SoC on the market. This once again makes life much easier when designing the complete electronic ecosystem of any given vehicle. The infotainment system may be running Android Auto, the ADAS functions may be running on a custom Linux layer, and the sensors and cameras could be using their own bespoke operating systems, but Ethernet can be used to underpin it all.

With the common use of Transmission Control Protocol/Internet Protocol (TCP/IP) in all these devices, using Ethernet means there is no added work in creating a custom layer for automotive-specific networking systems such as CAN bus.

This combination of scalability, standardisation and universal usage allows for systems to be built that can handle anything from simple telematics, up to the hundreds of sensors needed to power the self-driving car of the future, using the same basic components.

We are seeing exponential growth over a short time frame in the volumes of data moving around the vehicle. Increasing numbers of vehicles are equipped with ADAS features, and with dozens of cameras capturing up to 4K footage in real-world use cases that must pass this data to a processor for decision making there is a demand for up to 400Gbps networks.

There are two main schools of thought regarding this high-volume future. The first is to avoid the need for such high bandwidth and rather than processing all data centrally to instead look process as much data as possible on the edge sensors. The results of this processing can then move back to the central processing unit in much smaller packets. This, however, adds cost and can impact the reliability of the data feed. By requiring a discreet processor for each sensor or cluster of sensors, you are dramatically increasing the silicon area and cost in the vehicle.

The second school of thought is to use a high-bandwidth connection, such as the latest IEEE Ethernet standards, to move the raw data back to the central processor via a switch or router. This not only reduces the cost of decentralised processing but can also ensure that the data is more safely transmitted thanks to features in the IEEE standard that can reduce the occurrence of transient faults.

Data without a destination is useless

The last piece of this puzzle is the interconnect. With dozens or hundreds of feeds and millions of commands per second, you need something to control the flow of this data and ensure that it gets to the right place, at the right time without failure.

Imagination’s (EPP) can do just that and can do it while conforming to the highest automotive safety standards. Thanks to Imagination EPP’s time-sensitive networking (TSN) features, packets can be sent with redundancy in case of fault, meaning that an issue can be fixed before it has occurred or been registered after the round trip.

TSN also enables the EPP to prioritise certain functions or data packets that are tagged by the system as safety-critical. This means that if there is a bandwidth limit, and a choice must be made between sending safety-critical sensor data and a command to interface with the Bluetooth, for example, the EPP can get the more important packet sent, thus ensuring functional safety.

All this combined, enables Imagination to deliver that EPP to meet ASIL-B and ISO 26262 certified conformance standards for use in safety-critical systems.

Looking at the many cabling standards in the automotive electronics industry, Ethernet stands out as the clear winner. Its high bandwidth and universal adoption mean that it is a cost-effective and robust way to network within the vehicle. Coupled with high-quality IP, such as Imagination’s already-licensed Ethernet Packet Processor (EPP), it is the safest way to deliver the advanced features drivers demand around the vehicle, now and far into the future. 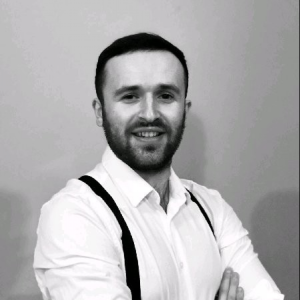 Nate works as a technology communications executive at Imagination Technologies. With a background in consumer communications and the rather different world of military communications, he has worked with several globally renowned brands. He is also an avid 3D artist and has a passion for all things game art. https://www.artstation.com/nathaniel_ayling