Where Imagination fits into the automotive supply chain

The car industry has been with us for over 100 years and it all started with the introduction of the combustion-engine powered car that Karl Friedrich Benz designed for Daimler in 1885. However, it was Henry Ford that brought the car to the masses, thanks to the introduction of the production line in 1908, a process that is still in use today. This development was key in driving the cost out of car production and making them affordable for the middle classes. Following this, there was a huge growth in the number of car manufacturers around the world. However, after the Second World War, the production lines used in the manufacture of war materials were repurposed for cars and the US car companies surged ahead, leading to the establishment of the ‘big three’, in the shape of Chrysler, Ford and General Motors.

The Benz Patent-Motorwagen (“patent motorcar”), built in 1885, is widely regarded as the world’s first production automobile. It lacked indicators, a stereo or a reversing camera.

With the introduction of the quality processes employed by the US, the Japanese car industry eventually began to rival it, producing smaller, lower-cost alternates and at higher quality. This eventually helped them overhaul the old order in the 1970s and 1980s. Today, car manufacturing has become a global business to the order of $1 trillion per annum dominated by OEMs from Germany, Japan, the US, and Korea.

However, there are many challenges facing the industry.

1) Pollution and congestion. These issues go hand in hand. With the rise of car ownership and an aspirational middle class, the numbers of cars in markets such as China, India, Indonesia has exploded. The average speed in certain cities is now at the level of the horse-drawn carriage and it is getting worse. Pollution levels have caused governments to bring in draconian standards and methods of control, such as certain number plates only being able to drive in on certain days, such as this scheme in Paris. Deaths from pollution are soaring and the number of cities with ‘dangerous’ levels of gases is spiralling upwards.

2) Safety. There are currently over 1.2 million road deaths worldwide with over 90% involving some form of human error. The overall cost of road accidents in terms of global GDP is around 3% and in some markets, the costs can be as high as 10%. Anything that can be done to reduce this is a positive step and there is an international standard for functional safety of electrical and/or electronic systems in production vehicles that aims to deal with this called ISO 26262. However, implementing this is a very costly business and requires a significant change in management processes and thinking style.

3) Car ownership. The car industry thrives on growth in new markets and having a known renewal rate in established markets. However, unlike other demographic groups, millennials are increasingly not pursuing car ownership as a goal. This is for several reasons. First, cars are prohibitively expensive for many younger people, especially as the economy. Secondly, there is less pressure to own one as there are viable alternatives, especially in larger cities. Online shopping brings food and goods to customers cost-effectively, while ride-sharing services are increasingly popular and easy to access. The internet and technology also enable younger people to feel connected to friends, without having to always gather together in the same place.

4) New entrants and disruptive technologies. The automotive market has had a surge of new entrants such as the Japanese and the Koreans into markets normally dominated by European/US players. The likes of Uber and Lyft are coming in with radical new business models and are displacing the current incumbent taxi services in many territories.

5) Software. Traditionally, the industry has been hardware based: to be simplistic, the preserve of highly efficient box builders. However, increasingly software and software-services based on the ‘connected car’ are changing the car from ostensibly a hardware platform into a software platform.  A Tesla is now commonly referred to as a computer on wheels. Car manufacturers are traditionally not that comfortable with things that aren’t hardware but have realised that a tsunami of software is about to hit them: for infotainment, dashboard and advanced driver assistance systems (ADAS). As such, there have been many purchases of software integration and product companies in the auto value chain. i.e. Continental purchasing Elecktrobit.

6) Electronics and electrification. Increasingly, electronics systems and options are high-value differentiators, while to address the likes of pollution, electrification is now the new mantra. Many governments have now mandated that all new cars from a certain date made within their borders must have an electric powertrain: in the UK and France it is currently set at 2040, whereas others are being more aggressive with their schedules – Norway is set at 2030 for example and its 2025 in the Netherlands.

Where does Imagination sit at the automotive table?

We, therefore, have a huge trillion-dollar hardware, software and services business resting on the car and Imagination is one of the kingpins of the electronics portion. Today, we provide silicon IP cores to Tier 2 players such as Socionext, Texas Instruments and Renesas, so they can deliver compelling experiences in infotainment, HUD, navigation, cluster and ADAS. We underpin the traditional value chain licensing our PowerVR GPU or PowerVR NNA (neural network accelerator) IP to the silicon manufacturers. They, in turn, combine multiple internal and external IPs to deliver a system-level silicon product: i.e. the Jacinto 6 from Texas Instruments or the R-Car H3 from Renesas. This, in turn, is then sold into the sub-system (Tier 2) or system builders (Tier 1) who work with system integrators to deliver the software/hardware/safety solution into the car manufacturers.

Imagination provides the hardware accelerated graphics, GPU compute and neural network acceleration on which much of the car value chain is dependent.

Our GPUs are fundamental to the dashboard. On the cluster side, they are used to render the new cutting-edge digital displays that provide vivid, yet clear information to the driver. This can be anything from the accurate rendering of the dials at 60 frames per second (fps), to rendering the 3D navigation maps. Additionally, our GPUs can be used to drive the Head-Up Display unit at up to 60fps and beyond, to deliver information to the driver in their zone of vision so they don’t have to take their eyes off the road.

A dashboard concept from the China-headquartered Byton

For the infotainment side, normally integrated with the navigation system, the GPU ensures that the graphics are smoothly delivered at a minimum of 30fps. It also renders the infotainment systems complex UI. The GPU can also be used to interpret voice comments for basic speech control of the dashboard.

To keep these systems safe and secure, our GPU supports full hardware virtualization, providing isolation of each system so that the infotainment, navigation and critical dashboard cluster information can be run off a single GPU without any performance degradation while maintaining security from malicious attacks.

Our neural network accelerators can be used for a variety of passive and active ADAS functions. The key ones are automatic emergency braking, lane departure warning, pedestrian detection, blind spot detection and so on. For these tasks, neural network accelerators are a factor of 20x faster than a high-end GPU and around 400x faster than the high-end CPUs used in automotive and all at much lower power.

The automotive supply chain is highly complex and is changing dramatically thanks to new entrants.

What we have described then is a mature and established industry that is now undergoing rapid change. While the silicon chip makers are our immediate customers, at Imagination we speak to all levels of the automotive chain. To understand what is going on in the industry, it’s no longer enough for players to just communicate with one level up or down in the food chain. The design time cycles in automotive are very long and it could be three to five years before product goes from silicon IP to actual deployment. In many cases car manufacturers are struggling to get what they want from the suppliers, especially in new markets such as autonomous vehicles, so are beginning to reach out to find out and influence what is developed in the IP – be it CPU, GPU, video, artificial intelligence, safety and security.

We are here at Imagination to ensure that our product plans align with the needs of silicon providers: Tier 1s, Tier 2s and the OEMs. None of us can have a total view of the market but we can learn from each other so that a better-targeted product is made at the right price, performance and area for the function with the ideal supporting software and drivers. This is a challenge and one we are looking forward to tackling with our partners in the years ahead. So, while Imagination has been on the automotive road for some time, we know that the best part of the journey is ahead of us. 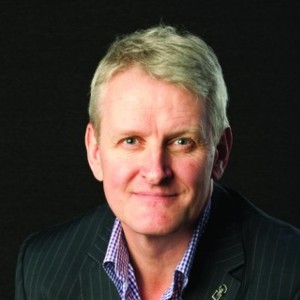 Bryce is the Senior Manager of Third-Party Relationships at Imagination across its entire technology portfolio. He has accumulated 28 years in various companies including long stints at STC and Texas Instruments where he ran the OMAP Developer Program. Initially an ASIC designer, he went on to work on products such as TI DSP, SuperSparc, TI486, OMAP, ThunderSwitch, ADSL, WLAN.

Bought a new gaming console or PC graphics card recently? You may be responsible for someone else wait for the brand-new car they wanted. While these things may seem unrelated on the surface, they are in fact connected by the realities of global manufacturing and supply and demand.