I was recently at the 2015 Linley Processor Conference in San Jose and wanted to share with you some of my observations and takeaways.

Imagination had a strong presence at the show with Jim Nicholas, VP of MIPS Business Operations, delivering a talk titled Heterogeneous Systems Architecture: Coming Soon to a Platform Near You. Jim’s presentation was on behalf of the HSA Foundation and it was part of a session on high-performance processor designs. Other presenters in the session included speakers from Synopsys, Cadence, NetSpeed and Marvell.

As we reported earlier Imagination is one of the founding members of the HSA Foundation, a non-profit organization that was conceived to create hardware and software standards and simplify the programming model to help software developers take greater advantage of the capabilities found in modern CPUs and GPUs.

The idea behind the Foundation is to unlock the performance and power efficiency of parallel computing engines found in most modern electronic devices. As our devices get more and more sophisticated, the number and kinds of processors inside are also getting very specific and targeted – and heterogeneous computing seems to be the most logical path forward.

At the conference, Jim provided an update on the progress of the HSA Foundation to the embedded systems community:

If you are interested in hearing more about the Foundation’s progress, here’s a short video summarizing Jim’s presentation.

Imagination’s Director of Processor Technology, John Min, also presented at the conference on the topic of SoC security for IoT devices. In his presentation titled Connected, Heterogeneous and Ubiquitous: Securing SoCs in the IoT Era, John talked about the ever-growing importance of security as a design consideration for SoC designers – irrespective of whether an end-device is entry level or high end.

With the advent of IoT, he pointed out, every aspect of our lives is vulnerable to attacks from hackers, and hence software-based security is just not enough. Hardware-based virtualization at the processor level, he highlighted, can offer new-levels of isolation and security. Imagination’s OmniShield-enabled processors and other foundational security technologies deliver on the promise of multi-domain security.

To me, one of the most exciting aspects of the two-day Linley Processor Conference was the introduction of a new track for advanced automotive applications and autonomous cars.

The session provided insight into advancements in automotive SoCs. For example, vision-based SoCs for ADAS applications like collision avoidance, lane departure warning, pedestrian detection, and driver alertness, which were previously considered features only for luxury cars, are fast moving to family sedans.

There is also a growing level of interest in bringing neural networks and deep learning technologies that were once considered part of the data center domain into embedded systems. To put it simply, a neural network technology tries to mimic the human brain. Our brains leverages its own neural network for all sorts of cognitive processing, including audio, visual and other senses. These networks develop over time – the human brain collects and analyzes data, and trains the system to recognize the outside world and process responses accordingly. And embedded engineers are trying to bring that superior level of cognition and response to SoC designs. As the embedded community embarks on this journey of bringing such powerful computing to our fingertips, the biggest challenges are obviously computational horsepower, power constraints and algorithmic quality.

Autonomous cars are another area of high interest and exploration within the embedded community. In fact, during a panel discussion with representatives from Ford and several startups, it was clear that the concept of driver-less cars is intersecting the world of system designers with a wide range of players they never had to contend with before. Panelists agreed that issues like the concept of re-certification after an accident (of an autonomous car) will take the chip and car dealership/repair industries in directions we’ve never imagined before. While some projected that there will be about 8 million autonomous cars by 2030, the consensus was the growth of the industry will largely be dictated by governments and insurance agencies.

If you want to read more about Imagination’s technologies for automotive designs, read these blogs: 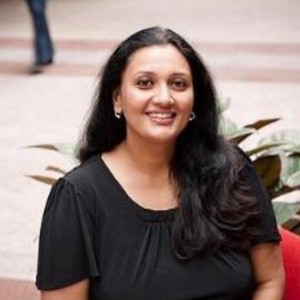 Bought a new gaming console or PC graphics card recently? You may be responsible for someone else wait for the brand-new car they wanted. While these things may seem unrelated on the surface, they are in fact connected by the realities of global manufacturing and supply and demand.