Being a woman in engineering: India vs the West

To mark Women in Engineering Day (23 June 2020), in this blog post, Divya Sai Keerthi, a software design engineer at Imagination, gives her personal views on the different challenges facing potential female engineers in the East, versus the West.

When I found myself with an opportunity to write an article about being a woman in engineering, I had many thoughts and I did not know where to begin. As usual, I started to Google for articles on issues such as why women are under-represented in engineering and technology, why so many women leave the career, and if there are some essential skills women are inherently shy about having. As I read the various articles, studies, interviews, and opinions I noted that most were written from the perspective of Western countries. I did not find myself facing the same challenges in India as a woman in the first world country would face. There are some similarities but quite a few differences too.

To begin with, neither my parents nor the people I was surrounded made me believe that mathematics and science are for boys/men while the arts or other forms of creative fields are for girls/women, which, according to many studies, is the case in many Western countries. The challenges a woman in technology faces in India are a bit different. They are two-fold, one at a societal level and other at a personal level.

At the societal level, like most countries, India is a patriarchal country. According to a study conducted regarding the reason for joining engineering and technology careers over the past decade, it was observed that many parents in India are willing to invest more in the education of their boy than their girl. What’s more, even though girls can take up engineering as a major in education, the reasoning behind it is different. For women, it is perceived as a way to procure a better marriage alliance, while in the case of boys it is believed that it will lead to a better job. However, nowadays this thought process is changing, but it will be a while before it can tip the ratio of male to female workers in engineering in India.

Women have been taking up engineering as a major for a while now in India, which begs the question – why are there so few top women executives? The challenges a woman faces on a personal level is very much similar around the whole world, including India. Most studies show that women credit their success to family and their surroundings, while in contrast, men take the entire credit for their success.

This is generally because the majority of women feel obliged to take care of the family. Most women feel that taking care of their family is their top priority, which is not wrong if its one’s personal choice. But in a country, such as India, peer pressure makes it a top priority; so a woman who chooses her degree over her marriage, or her career over her family, is deemed to be self-centred.  Some “modern families” allow women to study while they take care of family, preferably in distance-learning mode. However, it is hard to excel in engineering and technology learning in this way.

They are many more factors that can prevent women from equalling men in the workplace, but, as an individual and as a group what can we do to reduce the male to female ratio?

Have you ever observed that when a technical issue arises at home, men are most likely to try and resolve it by themselves, while most women look for some outside technical help? This attitude needs to change. If one wants to excel in engineering and technology, one needs to develop the inquisitiveness, curiosity, and courage to try and understand technology.

We should also encourage and create situations and scenarios where women can take leading roles in the industry without having to feel guilty. The classification of domestic roles based on gender should fade into the past. And as we are creating forums and events for women to take up roles outside the household structure, there must be forums and support groups to encourage men to take-up domestic responsibilities, should they wish to.

Everyone has inhibitions; it is hard to break the gaps between the genders, but not impossible. In a country such as India, most women have inhibitions preventing them from walking up to a new person, especially a man, and interacting with them to discuss work, ask queries, or learn new concepts. This needs to change. When we are asking for equality as women, we must break through our inhibitions and collaborate on work projects with the other gender.

My dear girls/ladies – get down and get your hands dirty with technology. That is how you can truly decide if you have a passion for it or not. Do not let anyone else tell you otherwise. And most importantly do not be afraid to make mistakes. 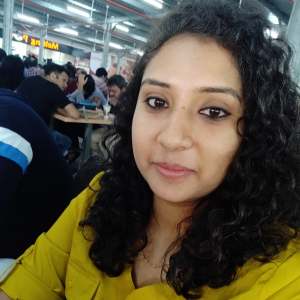 2 thoughts on “Being a woman in engineering: India vs the West”

This year’s International Women in Engineering Day theme is heroes, celebrating the best, brightest and bravest women in engineering. When I was thinking about this, I did what I think most people would do. I thought about famous female engineers that have made their mark; the likes of Hedy Lamarr, Edith Clarke, and Ada Lovelace; trailblazers who changed the world. But while these names have impacted my life, sometimes without me even knowing, my engineering heroes are a little closer to home.

The importance of male allies in engineering

To mark Women in Engineering Day (23 June 2020), in this blog post, Elliot Taylor, a hardware engineer at Imagination, gives his personal views on the importance of diversity.